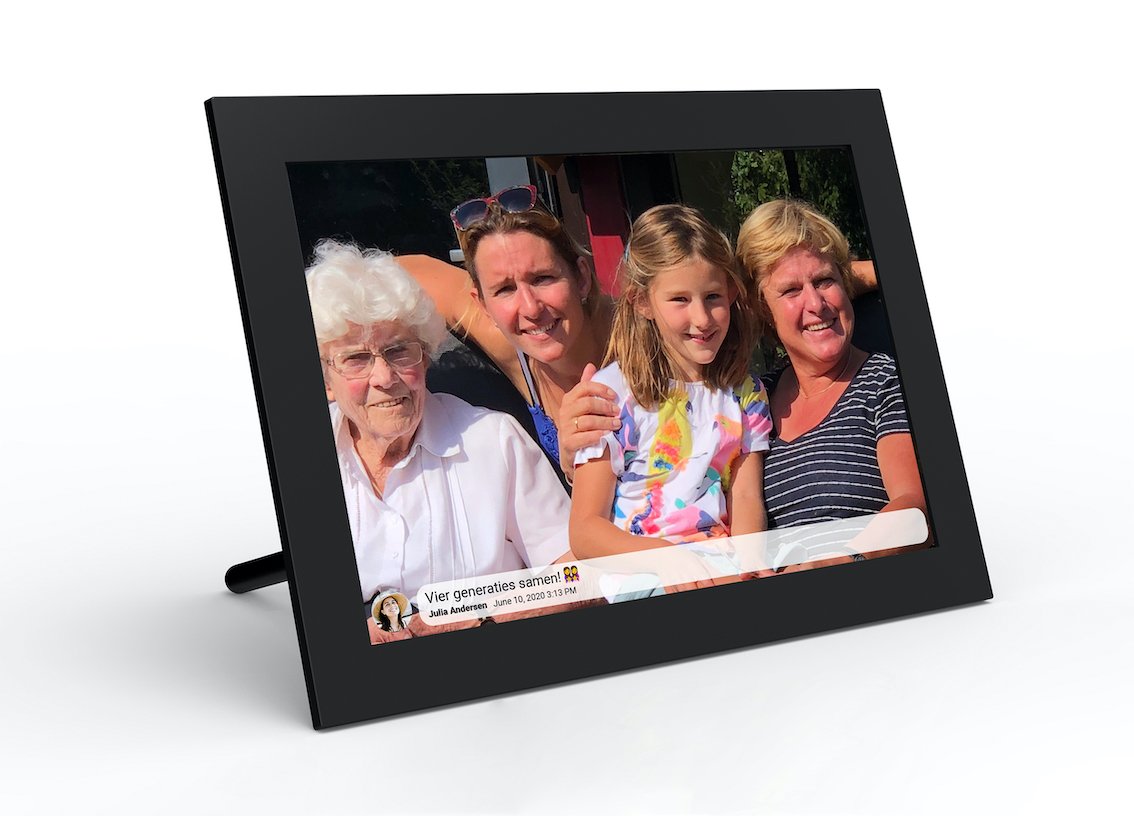 Kiki & Co was founded by Marieke van Wel, proud mother of five children and also blessed with two 90+ year old grandmothers. And those grandmothers were the beginning of Kiki & Co.

They each have more than 10 grandchildren. Who, like us, love to travel and live abroad. Some time ago we gave them this picture frame. And since then, they’ve been waking up every morning with updates from around the world.

They are really very happy with it! And so she decided it’s time to share this more widely. To more parents, grandparents and other people who like to stay close to each other, even when there is distance.

And she not only wants to bring moments of happiness in the Netherlands, but also in Vietnam, Mongolia and Indonesia, where Marieke currently lives with her family. For every Kiki & Co photo frame you buy, Marieke donates 25% of the profit to charities in these countries. So even more moments of happiness!